Printed circuit board (PCB) manufacturing involves several technologies to bring about the desired results and functionalities. One of these technologies is the surface finish. The copper layer of a PCB oxidizes when it meets air, reducing the soldering ability of the copper. With a surface finish, however, the copper layer is protected from oxidation, maintaining the soldering and electrical performance of the material.

Several surface finishes are available for application, each of which elicits different results and is appropriate for different applications. One of these finishes is ENEPIG plating for PCBs. ENEPIG is an acronym for Electroless Nickel Electroless Palladium Immersion Gold. This type of finish offers abundant benefits that make it suitable for a variety of applications.

ENEPIG is a type of metal plating for PCBs. Developed around a decade ago, this kind of surface finish has gained popularity in recent years for its comparatively low cost to other types of gold plating for PCBs. Over the past several years, prices for palladium have substantially decreased compared to gold. By using palladium plating for PCBs instead of pure gold, PCB plating services can reduce plating costs, making ENEPIG a more popular electronic plating solution.

Nicknamed the “universal surface finish” for its ability to be deposited on just about any PCB assembly, ENEPIG finishes are primarily used to support soldering and gold and aluminum wire bonding. On top of these functionalities, ENEPIG plating also extends the functional shelf life of a plated PCB well beyond a year.

How Does ENEPIG Work? 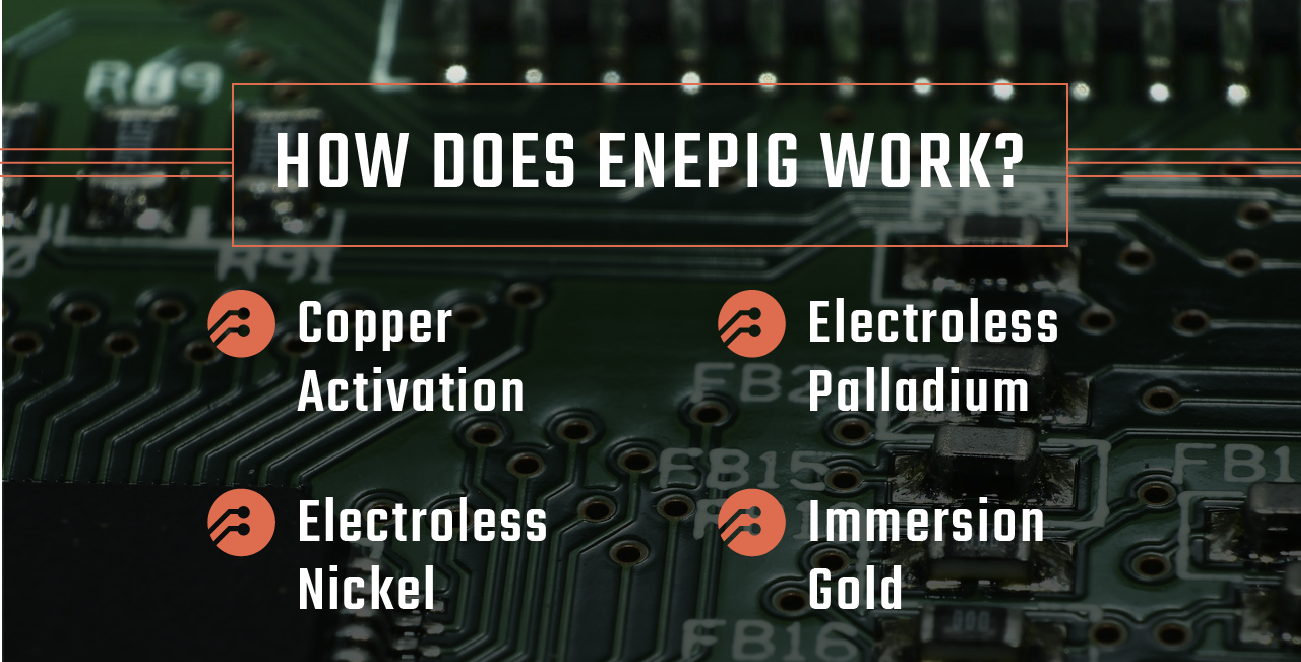 ENEPIG involves four layers of metal deposited on a PCB surface. These are copper, nickel, palladium and gold. The process of creating an ENEPIG surface finish includes the following steps: 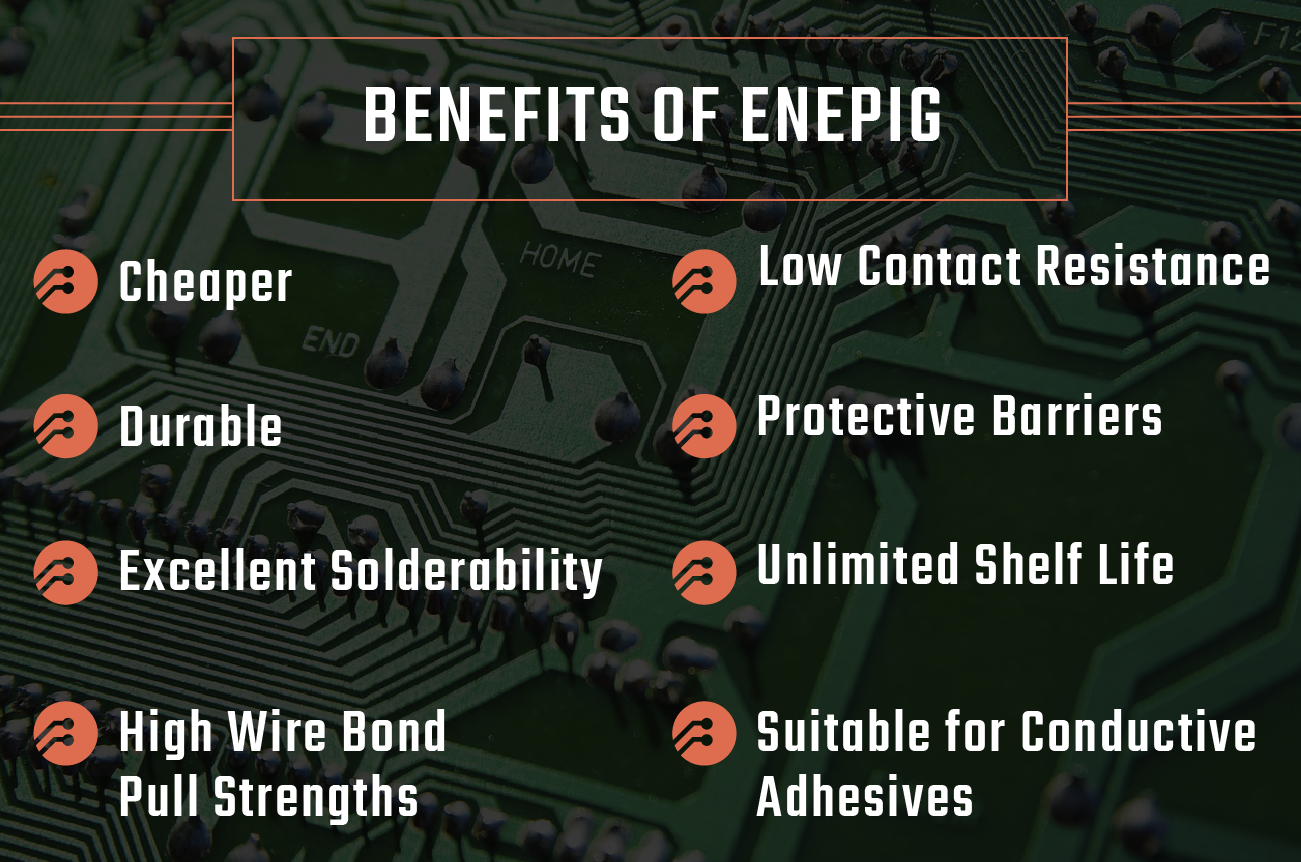 Since its development in the late 1990s, ENEPIG has slowly grown in popularity as a plating option, with a recent surge in popularity resulting from reduced prices in raw palladium. The method is also popular due to its profound benefits, including the following:

Modern PCBs continue to advance, resulting in smaller, lighter electronics that maintain maximum functionality and speed. To help improve functionality while also maintaining structural integrity, plating PCBs with a metallic finish has become a priority. Of all the plating options available, ENEPIG provides the greatest number of benefits while keeping processing and material costs relatively low. It also presents more benefits than other finishing options, like tin, silver, ENEG and ENIG plating, including excellent solderability, durability and anti-corrosive properties.

These benefits are not only important in consumer electronics, but also in a variety of other industries. ENEPIG finishes help maintain the high functionality and reliability of PCBs, making it an ideal finish for applications where reliability is a high priority. Just a few examples include the automotive, aerospace, military & defense and medical industries.

How Does ENEPIG Differ from ENIG and ENEG?

Three primary electroless process options are popular in PCB plating today. One is ENEPIG, but the other two are electroless nickel immersion gold (ENIG) and electroless nickel/electroless gold (ENEG). Of these, ENEPIG is the most popular and lowest in cost. The other differences between these processes include:

How Does ENEPIG Differ From Other Plating Solutions?

Outside the plating options listed above, three other final PCB finishes are often used for lead-free results. These are even more different from ENEPIG than ENEG and ENIG plating, and include the following:

None of these options is perfect, with issues relating to reflow cycle, wire bond capabilities and even shelf life. Compared to these options, ENEPIG offers an even more advantageous solution, with a long shelf life and performance reliability.

What to Watch Out for With ENEPIG

ENEPIG is hardly a new finish, having been around for over a decade. As such, the pitfalls of this plating method have been vigorously studied. Some of the biggest things to look out for in ENEPIG coating include the following:

Sharretts Plating Company has extensive experience in electronic plating services, including ENEPIG technology, and has been providing metal finishing solutions for almost a century. This means we have the expertise to help you select the best method for your application as well as the know-how to get it done. Whether you need ENEPIG plating, immersion gold plating services or palladium plating services, we can help you achieve the results you desire by developing a process that will meet your business needs while keeping your plating costs low.

Request a free quote for ENEPIG and other plating options today.